The Art of Naming 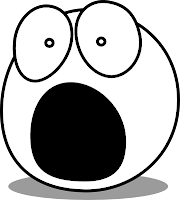 Why is Naming so important?

Because its a matter of Quality.
Naming = Readability = Understandability = Maintainability = Quality.
Good Names make your code readable, which is an essential feature for every person that has to work on it, including yourself. Soon after written, you'll forget about the details. Getting into it and understanding again can be tough and frustrating. The right Names will redeem yourself and others from those barriers. You'll might think for yourself: "No!!! I don't have the time to make this all clean and perfect. I just have to get the thing done as fast as possible, and it's no problem because i won't have to deal with it after its finished anyways..." - That's just wishful thinking. Software never ever becomes completed. Thats part of its nature. In fact, the opposite is the truth: By choosing the right names carefully, you save a lot of time from the very first day on. You keep your mind free of needless noise that slows your progression down.

How to choose the right Names?

According to "Clean Code", Names should:
But i'll add one point

Be skeptical about a name in the first place, and dont accept it until every bit of skepticism has been eliminated. Complete Words are usually better than Acronyms, AND .... avoid redundancy!!


The art is to combine good names so that your code becomes a meaningful, selfdocumenting story.

Stay away from 'Manager', 'Handler' and the such. 'SomethingManager' doesn't mean anything specific and is clearly not unmistakable. Use Design Patterns in your Names. They are common knowledge and give a good information about what a Class is doing. Eg.: ShadowedBorderDecorator. Name Interfaces as what they are, and don't add Pre- / Suffixes to them (IFoo, BarInterface). Client-classes don't care if they work on Interfaces or Implementations. And it's not the Names job to indicate it's Type. You dont name a Variable intNumber either, do you? It's a violation of the DRY principle. Using Abstract in a Classname is debatable. While it's pretty common, it still violates the DRY principle. Decide for yourself.


Adding "is" as a Prefix to booleans:
isActive. So the getter becomes isIsActive() or what?

Consecutive numbers.
There is nothing harder to read than a calculation using a1, a2 and a3 multiple times.

Generic names:
temp, data, other, object, result, value and so on

Inconsistency:
Mixing multiple Naming Strategies, or choosing one without 100% sticking to it.
E.g.: Mixing camelCase with under_scored
Posted by Gregor at 8:26 AM